Started as “The Collaboration Project” in 2005 at Kevin Flint’s loft (aka Dystopian Studios) at the Brewery Arts Complex. It all began when Kevin, feeling a bit bored, sent out an email to his guest list inviting them to swing by on a Tuesday night to relax and chat and be creative. About 50 people showed up (not bad for a Tuesday,) consumed boxed wine and cheap pizza, and talked the night away. So Collab was born.

Since that time there have been hundreds of Collab gatherings at the loft, as well as various venues throughout LA. Like the creativity of its participants, Collab has ebbed and it has flowed, but it has always endured.

Now, after a brief pandemic vacation, Collab is returning with an amazing new event location, an awesome new MakerSpace, and a 2022 schedule that will be out of this world!

My favorite Collab review ever… 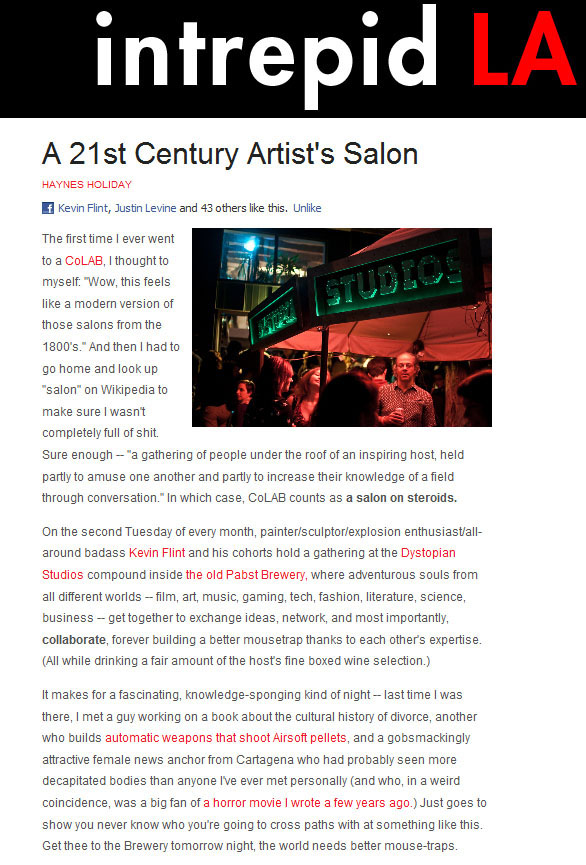 Awesome video about Collab by Avery